After months on a path paved with uncertainty, the fate of the 2018 Farm Bill has become clear and agricultural and nutrition policy is now set through 2023. The House and Senate passed the final version with strong, bipartisan votes, and it has been signed into law by President Trump.

The 2018 Farm Bill is a comprehensive piece of legislation. Zurich North America and Rural Community Insurance Services joined nearly 500 organizations in voicing support for this legislation, which according to the letter, “supports farmers and ranchers, protects crop insurance and conservation programs, invests in efforts to expand foreign markets, protects animal health and prioritizes agricultural research and rural development.”

Every day, farmers and ranchers undertake the extraordinary task of producing food, fiber, feed, and fuel for a growing world population. Crop insurance is a key component of their risk management portfolios, and it is critically important they have access to affordable crop insurance coverage that is delivered in a timely and personalized manner by the private sector.

The 2018 Farm Bill includes provisions to:

Even though the Farm Bill reauthorization is complete, it is important to note that the critics will not go away and battles will lie ahead. As a result of the mid-term congressional elections in November, a number of new policymakers will take office in the House and Senate in January 2019. Relationship building, outreach, and education of these elected officials and their staffs about the importance of crop insurance and private sector delivery will be critical in protecting this risk management tool. 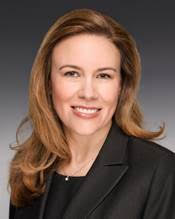