Recently, Zurich Advocacy had the opportunity to discuss infrastructure policy with the Bipartisan Policy Center’s Director of Corporate Governance and Finance Project, Michele Nellenbach. During the discussion, Michelle answered questions about infrastructure policy recommendations, innovation, resilience & mitigation, and issue awareness. United States infrastructure has a long road to travel before becoming fully updated, but read below to see how Michelle thinks we can speed up the process and become a leader in infrastructure around the globe.

ZA: Can you tell us about your role at the Bipartisan Policy Center (BPC) and what you are focused on?

MN: I am the Director of BPC’s Corporate Governance and Finance Project which includes our infrastructure work.

ZA: I’ve read the BPC report on the $2 trillion need to ensure America’s infrastructure is safe and reliable, can you let us know the recommendations BPC is advocating for?

When the private sector partners with state and local leaders to address infrastructure needs, they bring not only capital, but specialized expertise, cost-saving ideas and innovations, and risk sharing throughout a project lifecycle. In a public-private partnership, the private sector and the public allocate project risks they are best suited to bear.

Unfortunately, the United States—unlike Canada, Australia, and Great Britain—has been unable to harness this expertise due to three key barriers: permitting risk, political risk, and the lack of a project pipeline.

Permitting risk is associated with a potentially lengthy and uncertain environmental review and permitting process. The possibility that a project could be delayed for many years before being approved (or even canceled) undermines the attractiveness of these investments and requires private investors who are willing to take on a great deal of risk.

Investors are equally put off by potential political obstacles, including an election which could see a project opponent put in a position to derail a project for which a company has invested its time, money, and public reputation.

And finally, the council found that too few projects were being considered for public-private partnerships in the United States. The lack of a pipeline of projects for which the private sector can invest has prevented the development of a more robust private-public partnership market.

Importantly, the council also found an overarching disconnect in how the public and private sectors account for their investments. State and local governments typically focus on upfront construction costs while private investors need information about project lifecycle costs, including how much they should expect to pay for long-term operations and maintenance. Moreover, while transportation planning processes identify both short- and long-term investment needs, local, state, or federal public agencies most often lack comprehensive information on all infrastructure assets they own, operate, and are responsible for maintaining. This may include all transportation assets (roads, bridges, sidewalks, and more) as well as infrastructure and public assets like water systems, electric utilities, rights-of-way, and real estate.

To address these issues, BPC’s council proposed a New American Model for Investing in Infrastructure and recommended:

Emphasizing Outreach, Engagement, and Education: Every project should begin with a statement of public value. Stakeholder outreach, engagement, and education throughout project development are central to a project’s success.

Establishing a Broadly Enabling Framework: Appropriate conditions and transparent expectations must be set for investments to occur; therefore, a viable legal framework needs to be put in place, with supportive policies and expert offices.

Inventorying All Public Assets: Establishing a standardized inventory of the physical and economic condition of all public assets is critical to understanding and meeting infrastructure needs.

Exercising the Full Range of Options for Project Delivery and Financing: Public officials must identify the infrastructure needs they are best positioned to own and operate, which needs could be shared with the private sector, and which needs could be fully transferred.

Expanding the Range of Revenue Options Available: Project sponsors must identify revenue to leverage financing. Emerging sources of private funding, such as value capture, naming rights, and crowdfunding, should be embraced.

Creating New and Leveraging Existing Financial Tools: Increasing the variety and strength of financial tools will attract new private capital that has not traditionally been invested in infrastructure.

ZA: What are new innovative ways government can work with private industry to support infrastructure and resilience?
MN: One of our key recommendations is that state and local governments need to conduct asset inventories—pulling together a database or registry of everything they own—and assess the lifecycle costs of each asset. Doing so would provide the private sector with the information they need to propose more effective and innovative solutions. It would also incentivize the public sector to make better financial decisions based on long-term needs, including the ability of an asset to withstand a natural disaster, and better maintain the assets they have.

Further, public-private partnerships can advance climate and disaster related goals. P3 contracts often include performance metrics that the private partner must meet in order to get paid. For instance, Pennsylvania’s innovative Rapid Bridge Replacement program required the private contractor to upgrade or replace hundreds of rural bridges to a set standard and within a certain amount of time. Similarly, P3 contracts can be written to include incentives and enforceable benchmarks including reduced emissions or the use of more resilient materials.

ZA: Resilience and mitigation are important issues for Zurich, are you seeing movement in the federal government to focus on these issues?
MN: There have been significant advancements in the area of disaster resiliency. First, the 2018 Bipartisan Budget Act increased the federal government’s share of recovery costs from 75 percent to 85 percent in states that have invested in mitigation projects. The Disaster Recover Reform Act (DRRA) of 2018 allowed the administration to set aside up to 6 percent of the total spending on FEMA disaster programs for disaster mitigation projects. This could result in anywhere from $540 million to $720 million for projects, a significant increase over the $235 million FEMA spent in 2018 on hazard mitigation grants.

Progress continued into 2019 with the Senate Environment and Public Works Committee passage of its reauthorization of the federal surface transportation. The bipartisan legislation, S. 2302, America’s Transportation Infrastructure Act (ATIA) of 2019, included several provisions related to disaster resiliency. The bill would allow states to use up to 15 percent of their National Highway Performance Funds on projects that would reduce the risk of damages from natural disasters. It would also authorize approximately $5 billion for Promoting Resilient Operations for Transformative, Efficient, and Cost-Saving Transportation (PROTECT) grants to improve the resiliency of roads, bridges and other transportation assets. The legislation also includes the USE IT Act, which supports carbon capture, utilization, and storage and direct air capture research while also improving the permitting process for carbon capture infrastructure.

Clearly much more needs to be done but these measures are a good indication that Congress is finally taking a serious look at how to improve the resiliency of the infrastructure it helps to fund.

ZA: For our last question, what can individuals reading this blog post do to support increased awareness for improving America’s infrastructure?
The most important thing that individuals can do is to be vocal about their support for improving our infrastructure. That support could come in the form of a letter to an editor or a member of Congress, a tweet, or an Instagram post. Public officials need to know that Americans are willing to pay more for improvements to the infrastructure that impacts their day-to-day lives. Without hearing from their constituents, members will be reticent to vote for tax increases, toll roads, or other revenue raisers that could pay for needed safety improvements and more modern, resilient infrastructure. Sadly, while everyone uses infrastructure, it does not have a natural, vocal, and determined constituency advocating for the desperate improvements needed. 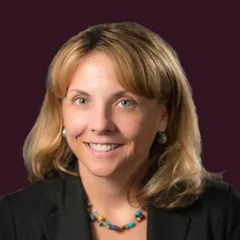